The Tehran Museum for Contemporary Art provided a provocative context for Nicolas Grospierre’s work created for the kurz/dust exhibition, shown at the Warsaw Center for Contemporary Art. A late modernist structure designed by Kamran Diba, and inaugurated in 1977 on Queen Farah Pahlavi’s commission, the Tehran Museum stores an outstanding collection of Western modern art objects, Only a couple of these works are currently on view, while 99% of the artworks bought with the state fund out of National Iranian Oil Company which has benefited from high revenue from raised prices and heavily exploited oil production in the 1970s. are – as they say - “collecting dust” in the museum’s storage. They are carefully preserved and prevented from circulation by Revolutionary Guards’ commission, which forbids both entertaining and making profit out of indecent content. The museum operates by showing mainly Iranian artists, occasionally in the company of international artists.

Grospierre, with his interest in changing concepts of power as embodied in architectural projects, uses photography here in its factual modus operandi – as a mere reflection. The object photographed and turned into a black mirror again, is Noriyuki Haraguchi’s piece Matter and Mind. The minimalist installation, a rectangular pool filled with oil is located in one of the Museum’s underground atriums and keeps on reflecting the changes through the whole museum’s history. It references heavily both the contemporary radical gesture of plasticity and a traditional internal gathering space of a Persian garden. Oil: the result of the decomposition of organisms without the access of air (analogue to dust – the result of aridity in entropic processes) seems in this context like an undercurrent of a cultural history of international relations and cultural exchange. 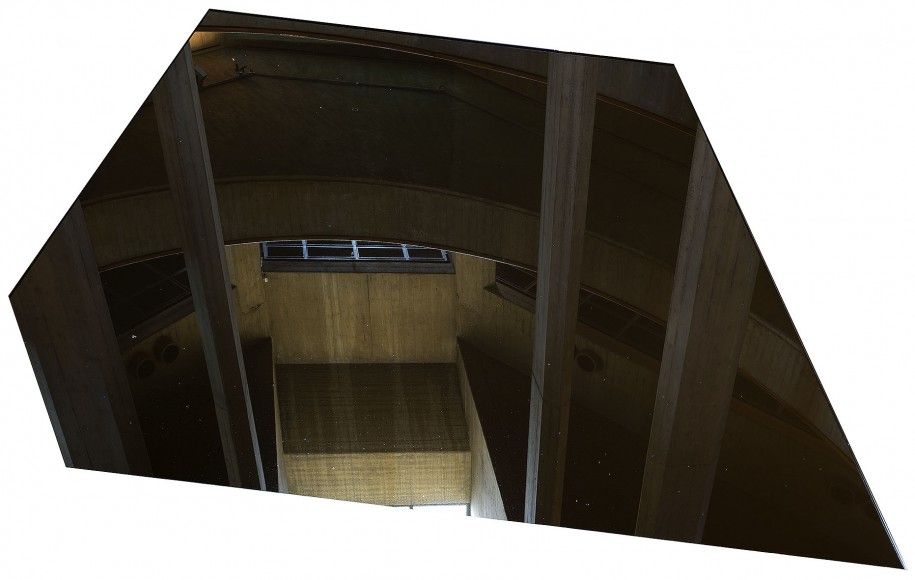