The collection which grows

The collection, which grows is based on the idea that a series of photographs should be organised in such a way that each successive photograph in the series is the result of the previous one and would be impossible without it. I have in the past already used this concept for two works: The picture, which grows (2011) and The house, which grows (2012). Metaphorically, one could compare this idea to the growth of a tree: first comes the trunk, then the branches, and then the leaves. And it is impossible for the leaves to grow with branches, not the branches without the trunk.

In The collection, which grows, this concept is used in its simplest form, and yet one which is perhaps the most demanding. The first image of The collection which grows (photo #0) represents an anonymous grey space, unidentifiable. This photograph forms the basis onto which the series will grow. Indeed, the second photograph (photo #1) represents a gallery space, where photo #0 is hanging on the wall. The third photograph (photo #2) represents another gallery space, where photo #0 and photo#1 are hanging next to each other, and each next picture reproduces the same procedure. One can see in each next photograph how the series, the collection of photographs is actually growing, as they hang side by side.

Still, this concept is most demanding, technically, as it requires each time more wall space. But it is also demanding because, for the series to grow, the project need to be shown in different but real (i.e. not staged) exhibitions. In other words, the longer the series, the more the project will have been invited by curators to different exhibitions, and the more notorious it shall be. This is something the author of the project has no control over. 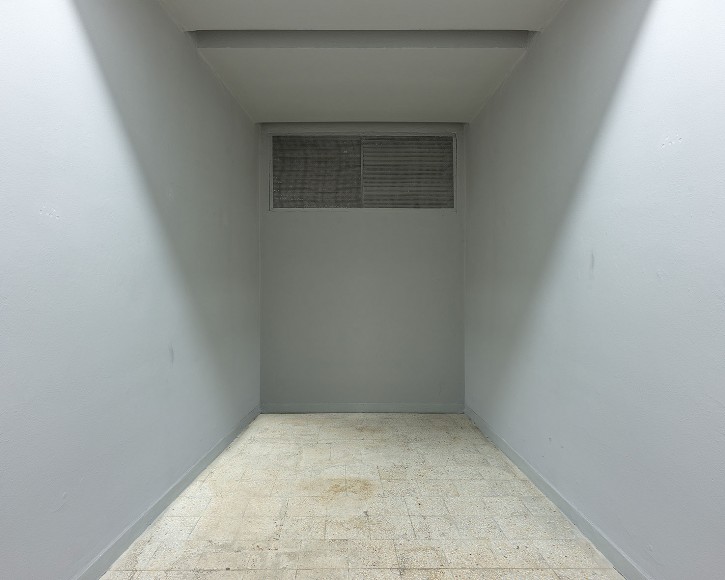